Derry Building Services are proud to have received the following recognition in recent years.

The Order of Distinction, only bestowed upon those who have achieved a minimum of 15 Gold Awards in consecutive years, recognises sustained achievement and marks DBS’s 16th year of such commitment to occupational health and safety.

Fellowship : The Chartered Institute of Building

Joanne Lacey, Managing Surveyor, was admitted as a Fellow to the Chartered Institute of Building joining an elite group considered amongst the most experienced and knowledgeable professionals in the construction industry.

The Growth Award recognises a partner who works closely with Willmott Dixon throughout the preconstruction and build process to create, protect and improve their margins.

Judges were looking for partners that brought innovation and creative solutions to the table.

DBS were also shortlisted for the ‘People’ award. This award recognised a partner who invests in their people and shares their values with Willmott Dixon, aligning themselves with their ethos.

Judges were looking for entries where their people were engaged, developed, empowered and recognised for their efforts.

The Rotary Club of Newark : Eddie Wagstaff Apprentice of the Year 2018

Savannah Weekley, Maintenance Administrator, received £100 and a certificate of achievement from the Rotary Club of Newark to congratulate her on her commitment and dedication throughout her NVQ3 in Business Administration. 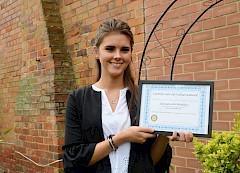 The ECA Edmundson Apprentice of the Year award aims to recognise outstanding apprentices who not only have good technical skills, but are role models for others in the industry.

Niall Watson was one of three shortlisted for the National Finals, although unsuccessful, his achievement on getting so far in the process still deserves much recognition.

The award recognised the Supply Chain Partner who they deemed to have truly embraced the Willmott Dixon ‘Building on Better’ strategy and who had shown strong attributes in all areas whilst sharing their values, ensuring quality and achieving deep, meaningful and sustainable relationships.

Recognising companies who have invested in the communities they serve, promoted local labour and companies, and invested in training and apprentice opportunities.

Awarded to the supply chain partner who could demonstrate the importance that health and safety brought to their business. 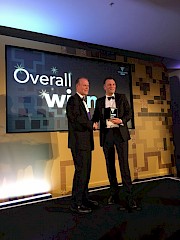 Andy Stokes, Mechanical Design Engineer, was awarded the CIBSE East Midlands Award, and the Academy of Construction Award from New College Nottingham, for his outstanding achievement throughout his HNC in Building Services Engineering.

The Top 100 Apprenticeship Employer list, sponsored by City & Guilds, is compiled annually by the National Apprenticeship Service and recognises excellence in businesses that employ apprentices.

Open to companies of between 25 and 249 employees we were awarded with this for our commitment to our apprenticeship programme.

Presented to the Supply Chain Partner who has served and astonished Willmott Dixon and provided an exemplary service to their Customer.

Presented to the Supply Chain Partner who has invested in the communities they serve, promoted local labour and companies, and invested in training and apprentice opportunities.

Leeds College of Building : Apprentice of the Year 2015

Awarded to Lewis Berry, Mechanical Craftsman, for his academic achievements at Leeds College of Building.

Graham Taylor, Mechanical Design Engineer, received an Excellence Award for his commitment and hard work during his HNC in Building Services Engineering.

Nicky Goy, Electrical Design Engineer, received an Excellence Award for his commitment and hard work during his HND in Electrical and Electronic Engineering.

Awarded for our outstanding and professional commitment to our apprenticeship programme.

Awarded to Joe Dudley for his exceptional academic work, outstanding practical abilities and excellent feedback from his tutors, mentors and employer throughout his electrical apprenticeship.

Building Services Contractor of the Year

Open to firms and individuals who undertook commercial building services installations during 2013. Companies must provide evidence of improved competence and professionalism along with commercial success and tangible results from the introduction of new initiatives.

Apprentice of the Year

Awarded to Chris Makin, Craftsman, for his academic and practical achievements during 2013 along with his wider contribution to the business. 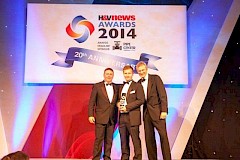 This list is annually compiled by the National Apprenticeship Service in partnership with City & Guilds, and recognises excellence in businesses that employ apprentices.

We also received a letter from the Deputy Prime Minister, Nick Clegg, congratulating us on our achievement.

Medium Employer of the Year

Open to companies of between 25 and 249 employees we were awarded with this for our commitment to our apprenticeship programme.

Advanced Apprentice of the Year

We are proud to have won this award for the second year running recognising ourselves for our outstanding commitment to workforce development.